Stick in the mud

Finding Fairmount.
The Slenderman is one of the main antagonists of EverymanHYBRID. He is an unknown entity of seemingly supernatural origin who is stalking the main characters.

He has the appearance of an abnormally tall, thin man with no hair and no face, clad in a black business suit and tie. At times there are also long, black wispy tentacles sprouting out of his back or shoulders. It is possible that Slenderman was once a real person (i.e. the business suit and tie), but so far there is no explanation of his origin besides fan's speculations.

Although his motivations are unclear, he seems to have a detrimental effect on the mental and/or physical health of all who come into contact with him, such as paranoia, insanity and coughing fits. He also seems to have an adverse affect on video cameras and other audio/video or electrical equipment, causing the picture to become filled with static or cut out and the sound to stop or fill with feedback, humming, or strange sirens. The sounds of children are also associated with his appearances. These effects are brought about seemingly without any overt action by the Slenderman.

The Slenderman's relationship with HABIT seems to be one of animosity, as shown in the Twitter fight (this assumes that Slenderman is, in fact, the source of the lowercase Tweets); however posts by HABIT on Damsel's former blog have confirmed that HABIT and Slenderman have worked together in the past. If they are still working together or have gone their separate ways is still a mystery.

The Slenderman's relationship with The Rake is unclear but many speculate that the Rake acts as an enforcer to HABIT. In the video "Jessie" Jeff confirms that Slenderman acted directly to prevent the Rake from attacking the boys any further after the events of "Jim Thorpe."

The Slenderman has shown a preference for passively watching people from the sidelines, either from a distance or with uncomfortably close proximity. It has not been shown to actively attack anyone, as of yet. The extent to which it is possibly engineering events is, however, unconfirmed. Presumably, he drives his victims to madness and allows these individuals to do his dirty work for him. In fact, the Slenderman's main apparent modus operandi, and indeed his only apparent discernable goal at all, is to observe people in unsettling and/or frightening ways, and in such a manner as to drive them to the brink of sanity and beyond. Any other goals or ambitions he/it may have are as yet almost completely indecipherable and open to speculation and interpretation. While not actually observed thus far being openly aggressive or physically attacking anyone, Slenderman has, however, been shown to defend himself quite well. In Ashen Waste he easily inflicts severe injuries upon Evan during their brief altercation.

In some of the earliest accounts of Slenderman activity, there were anecdotes of corpses hanging in trees with their internal organs removed and placed within bags. The EverymanHYBRID crew encountered similar circumstances in Joke's Over, where the crew came across several garbage bags suspended from trees, which leaked what appeared to be blood when cut open. Likewise, those same accounts refer to fires and buildings being burned, as happened at the hospital where Stephanie was being kept. Trees and forests in which disturbing, unusual, and possibly supernatural phenomena have been reported are also a recurring theme, as is the abduction and/or disappearance of children, both of which have been either directly observed by the EverymanHYBRID crew or have been found referenced in documents discovered by the crew.

Due to his nature, the Slenderman has shown to be capable of using 'supernatural' powers. This is not necessarily a palette of "superpowers" that the Slenderman is able to use but instead is more accurately described as a variety of phenomena which occur in its presence - the consequences of its passing, a trail it leaves behind in the very air, and in the minds of its victims. Whether the Slenderman actively triggers these phenomena, they are side-effects resulting from some deleterious process the being's presence insinuates within the minds of witnesses, such as a triggered neuroses, or if these effects possibly result from how the Slenderman's unnatural presence interacts with the environment, atmosphere, electronic equipment, and/or the fabric of space/time itself, is uncertain. It is possible, if not probable, that it is a combination of all of these possibilities, at one time or another. Keep in mind that this list is pure speculation and only applies to the EverymanHYBRID version of Slenderman (as opposed to other versions within the mythos, such as the one from Marble Hornets):

Also, as a side-note and not necessarily a distinct power, which may be tied to Slenderman's Telepathy or may be a separate phenomenon altogether, the appearance of Slenderman seems to have a detrimental effect on witness's sanity. It would be expected that encountering something apparently supernatural or paranormal would be disturbing and unsettling to an individual's view of the world, but witnesses have shown behavior patterns begin to degrade beyond even what would be expected, mostly after encountering Slenderman several times, and a few have shown extreme signs of mental imbalance, including violent tendencies and behavior - including the desire to be armed when it would seem to be unnecessary, inappropriate laughter and disturbing smiles at inappropriate times, holding threatening conversations with people who do not appear to exist, and in general an apparent ever-increasing sense of paranoia. Why some individuals are more affected than others, and why some develop these more extreme tendencies while other's do not, is not yet understood.

It is also notable that Slenderman is known to distort time and space after prolonged exposure. For example, in 78of76.avi, the crew are seen entering an abandoned home during the day, proceeding through an entryway and miraculously appearing on a beach in the dead of night. Other long-term side effects may be involuntary time travel (hinted at in the most recent Corenthal letter) as well as significant memory loss.

In many other Slenderman series, Slenderman is shown to have "Proxies," or humans who act on his behalf, either as a form of possession, worship, or telepathic influence. That ability had been unseen in the EverymanHYBRID universe up until the video Next, where we see several hooded figures walking, zombie-like, towards Evan's house. Evan (completely taken over byHABIT at this point) says that sometimes when Slenderman really wants someone, he sends his "dogs" after them. The proxies are ineffectual, and Evan/HABIT easily knocks several of them over on his way past.

It is presumed that the Slenderman appears in early videos, but it is impossible to differentiate between the real Slenderman and the fake Slenderman.

The EverymanHYBRID crew has caught the Slenderman on video on several occasions. During the video "...", it was revealed that they had been having somebody dress up as the Slenderman for some of their videos (see: Fake Slenderman). Their first known encounter with the real Slenderman occurred during Episode 6 - Healthy Eating when the Slenderman appears in Evan's house directly behind the crew. When the crew rushes to investigate, the Slenderman is nowhere to be found, confusing them since there is no obvious escape route. After their initial contact, the crew begins exhibiting many of the symptoms associated with having contact with the Slenderman. He makes another overt appearance in the video Joke's Over, where he appears behind Vince and Evan. He later appears in December & early January when the crew is retreating from the grave of Vince's cat; he is silhouetted by an outdoor house light and the footage freezes and distorts when it settles on him. 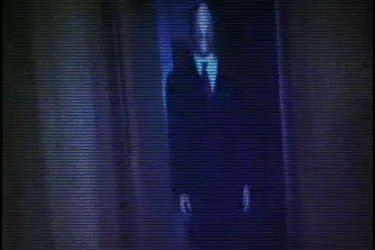 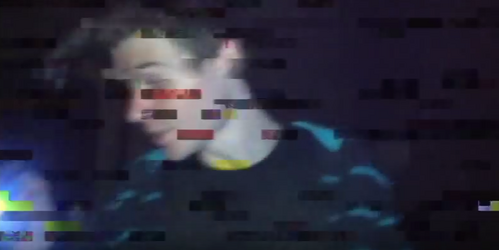 Slenderman's other appearance in "Reunion".

Slenderman's appearance in "Not dead yet". 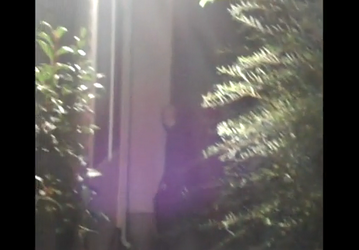 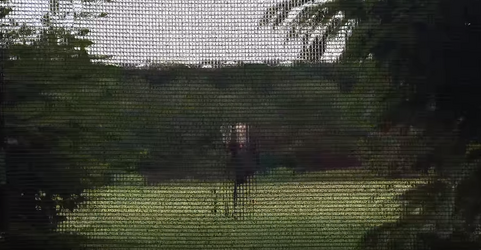 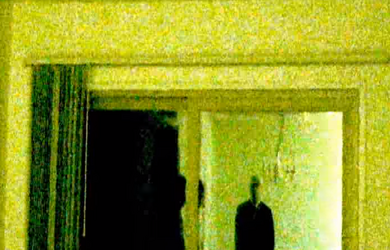 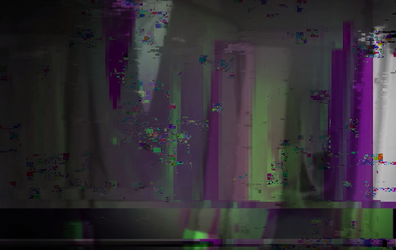 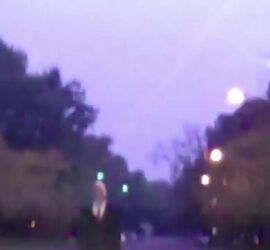 Slenderman in "The drive west."
Add a photo to this gallery

Retrieved from "https://everymanhybrid.fandom.com/wiki/Slenderman?oldid=21688"
Community content is available under CC-BY-SA unless otherwise noted.